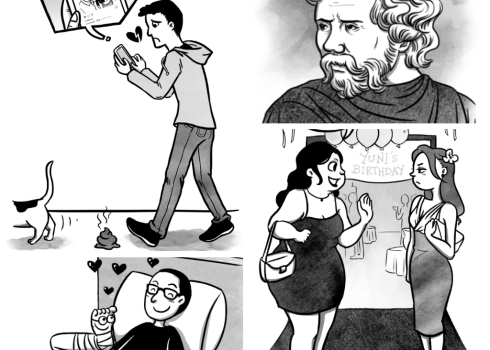 One Week Affair With A Smartwatch (Review Awam Gear S2) 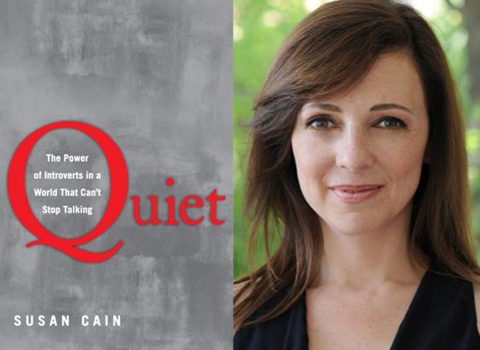 It’s been a while since I reviewed a book. I guess with all the flooding and power blackout, I can have a few minutes to review this eye-opening book by Susan Cain: Quiet. The Power of Introverts In A World That Can’t Stop Talking. The main premise of this book: Introverts have been a ‘mistreated’ personality in a world that […]

The Curious Dynamics of Dissent

Last weekend was interesting enough to me because of two things: First, I watched The Dark Knight Rises, and second, I was (desperately) reading Steven Pinker’s The Better Angel of Our Nature, a 600-page behemoth book with unbelievably SMALL typeface. Now, the two seem to have absolutely nothing in common. One is a summer blockbuster about the caped crusader, the […]

‘Brainstorming’ and Diffusion of Responsibility

There are a lot of murder cases, but one murder case in US sparked controversy, which later led to studies on a specific social-psychological phenomenon. Kitty Genovese was murdered on a cold night in March 1964, and supposedly, the murder happened in the view of a DOZEN witnesses who DID NOTHING. The story goes that all witnesses heard/saw the attack, but did not do anything. The question: why? Ironically, the story was later questioned for its accuracy, especially regarding the passive witnesses who ‘did nothing’, but it already resulted in investigation and research that discovered an interesting human insight. I won’t talk much about the studies because people can google for themselves, so I will jump straight to the findings, which are now popularly known as ‘The Bystander Effect’, and its cause: the diffusion of responsibility. Put it simply, The Bystander Effect says that the more witnesses there are, the less likely somebody will come forward to help the victim. This happens because people are waiting for each other to initiate help first, and if nobody is helping, the message is no help is needed in the first place. Researchers call it ‘diffusion of responsibility’ – the more people there are, the more the responsibility is diffused among individuals, the less pressure on each individual to react and do something. I once read that if you are a victim of a crime or accident, and you find yourselves in front of a large […]

Not A ‘Planet Of The Apes’, Could Be Worse

Watched Rise of The Planet Of The Apes yesterday. Excellent movie: great plot, great special effects, and a thought-provoking story. How some “lab test apes” acquire higher intelligence through human’s experiments, and the beginning of their rule over earth. (This is actually the prequel for ‘Planet of The Apes’. Watch for the astronaut hint in the movie :)) The movie shows how chimpanzees become test subjects, living in a pitiful cages, exposed to harmful chemicals. Because we don’t want to harm humans, hence we turn to them to try out our ‘inventions’. Hey, if they die, they are just chimps, right? It just happens that I just finished a book titled ‘The Third Chimpanzee” by Jared Diamond. The book is about human evolution in general, but it mentions something interesting about our relationship with chimpanzee. Chimpanzee is indeed the closest ‘cousin’ to humans, as we emerge from the same ancestor, and it shows in our genetic profile. Despite our obviously different looks, we share 98% of our genes with chimpanzees (which also explains why they make good experiment subjects for human drugs). But here is a disturbing question raised by Diamond’s. Now that we know we are SO CLOSE genetically to chimps, shouldn’t that knowledge disturb you that we experiment on them? Not only by exposing them to often harmful chemicals, but also kidnap them from their natural habitat, put them in cages, and disregard their fears, pain, and anxiety? […]

Everybody is a dancer. With uncertainties!

Where would you be 10 years from now? Yeah, I briefly mentioned about this question in the last post. But I think I want to write some more about its significance. Of course, I was half-joking about the stupidity of the question. The question can be stupid or HALF-stupid depending on the intent. If the intent is to predict where I will be in 10 year time, that would classify as a “full stupid” question. Because anyone’s prediction is as good as a monkey’s, which I will come back to this later. But if the question is about my ambition, then the question is “half stupid”. A plan consists of a big part our plan plus our effort. BUT the other bigger part is external forces beyond our control. That’s why people say “Insya Allah”, “God Willing”, or “If circumstances allow…” (whatever your belief is :D), to acknowledge the uncertainty elements that can ruin, or catapult us to great success, overnight. But let’s get back to prediction. One of the most important, life-changing personal enlightenments of mine is the notion of “prediction.” I used to believe in experts, analysts, futurolog, their analytical skill and their ability to forecast, predict the future, based on their knowledge. Surely they are different from fortune-tellers, tarot card readers, and astrology because they are “scientific”? But then I stumbled across two great books about uncertainty, “Fooled by Randomness” and “The Black Swan”, both by Nicolas […]